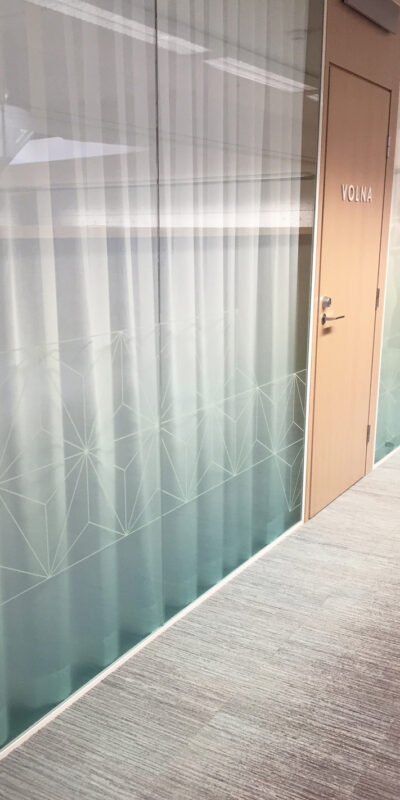 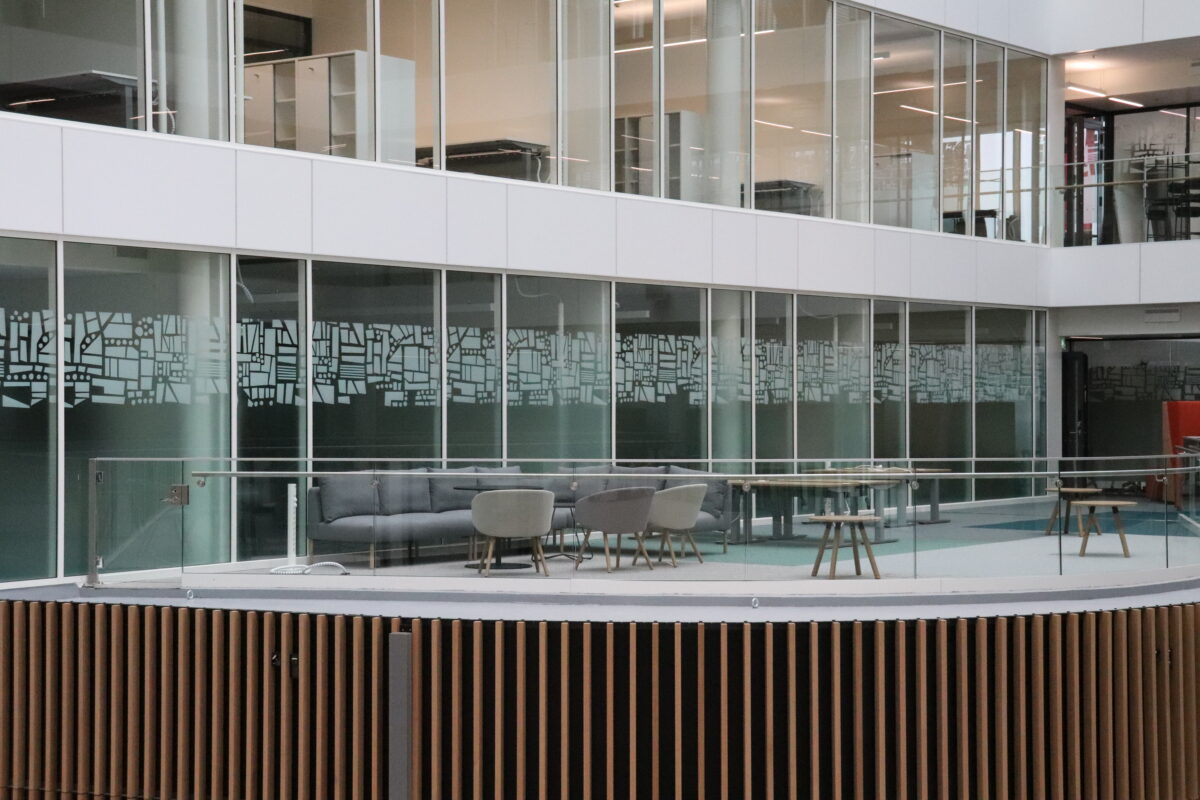 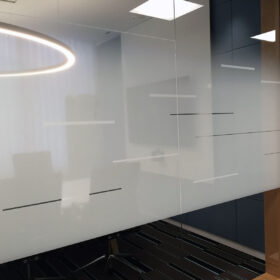 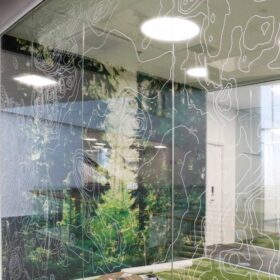 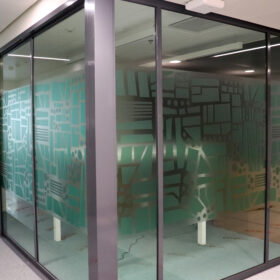 Printed or cut-out privacy films. At its simplest, a statutory attention strip is required for a large glass surface. The use of large glass surfaces as part of the interior design together with the rest of the interior architecture is increasingly popular and taping is currently carried out using a wide variety of production methods. Lager privacy films can be made using printed or cut-out films. We can be involved in the project from material to installation.

With 3M Clearview optically clear film, almost anything can be made out of glass. The tape looks like it is printed on the glass and the edge of the film is almost imperceptible. This gives designers ample possibilities for implementation. More traditional sandblasting films are widely used as cut-outs but they can also be printed.

We also produce sunscreens and safety films. For example, with the 3M Prestige series films, the appearance of the glass is not substantially changed but the film provides good protection from the sun’s rays. Durable and tough security films provide protection against both thieves and glass fragments. 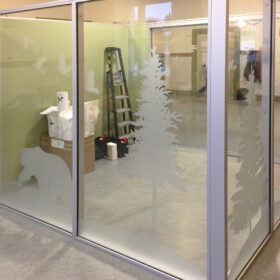 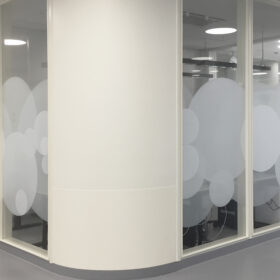 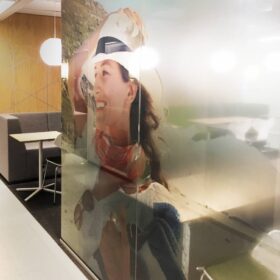